The idea behind this website actually came out of a frustration that I had with a typical political forum. You probably have heard of that political forum before.

It gets a lot of traffic. A lot of people from a wide range of political persuasions find themselves there.

There are supposed to be certain topics that you can talk about, and there are certain topics that were off limits. People were getting offended so easily. And what really finally broke the camel's back as far as I was concerned, was the idea that people can just post about their feelings

I don't know how to break this to you, but the world doesn't care about your feelings. It really doesn't. It couldn't care less about your emotions. All it cares about is what you do. That's how rewards and punishments are handed out in the real world.

But the moment you take action on any ideas you may have or any emotions that you may have, that's when the world sits up and pays attention. That's right, that's precisely the point in time when things become real.

I hope I made this abundantly clear. The world is objective. All it cares about are observable phenomenon, and action is one of those phenomenon. When you take action, you start changing your world.

The problem with a lot of these other websites that supposedly foster a free exchange of ideas is that, ultimately, it becomes all about people's feelings. They can't seem to pull away from the gravitational tractor beam of their emotions.

When they talk about a particular political figure, they can't help but spit out the same talking points. It doesn't really matter whether somebody's liberal, conservative, a modern day nazi, or a communist. It all goes back to the same problematic talking points. It's as if people are incapable of coming up with original thoughts.

It really is quite scary to conclude that we have reached a point in the evolution of our political discourses that people have simply taken leave of their intrinsic human ability to analyze facts and come up with conclusions from those facts. In other words, people are not exercising their God-given, completely natural ability to truly analyze information in a clear, logical and sensible way. 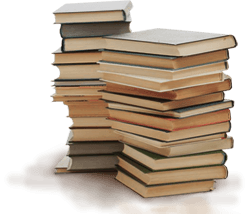 And it got really old really quickly. That's why I had to leave those forums and start my own.

This is not a standard forum, mind you. It uses a different format. But at the end of the day, the same processes still apply. We discuss current events and people are free to chime in.

The only rule, really, is that people have to use facts and logic. This is what sets our website apart.